Why Care About Taiwan’s Weather to Cycling?

Taiwan is a sub-tropical island with large area of mountains. This gives Taiwan a lot of great cycling place, with stunning coastal views, great mountain climbs and many other unique geological structures. 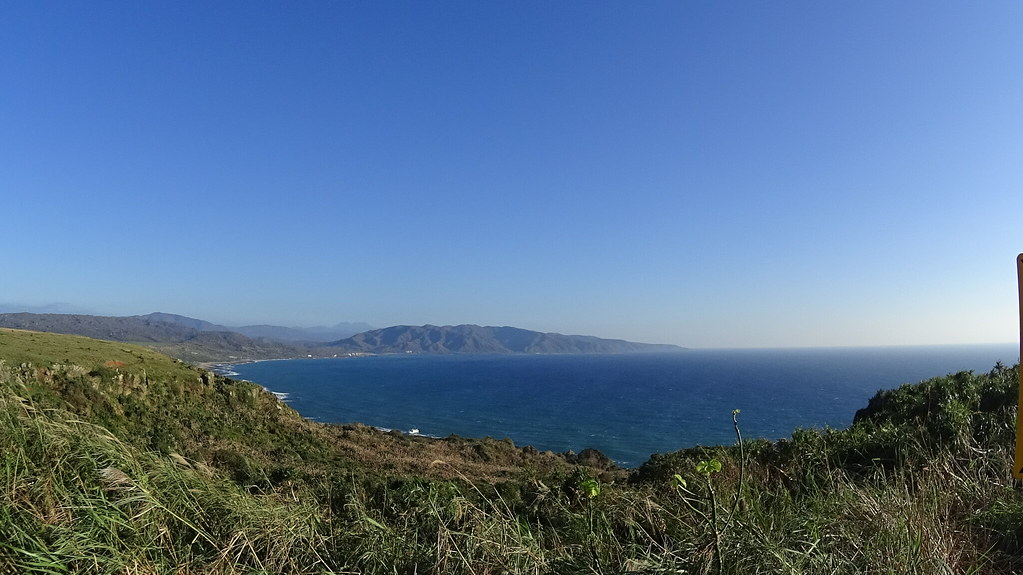 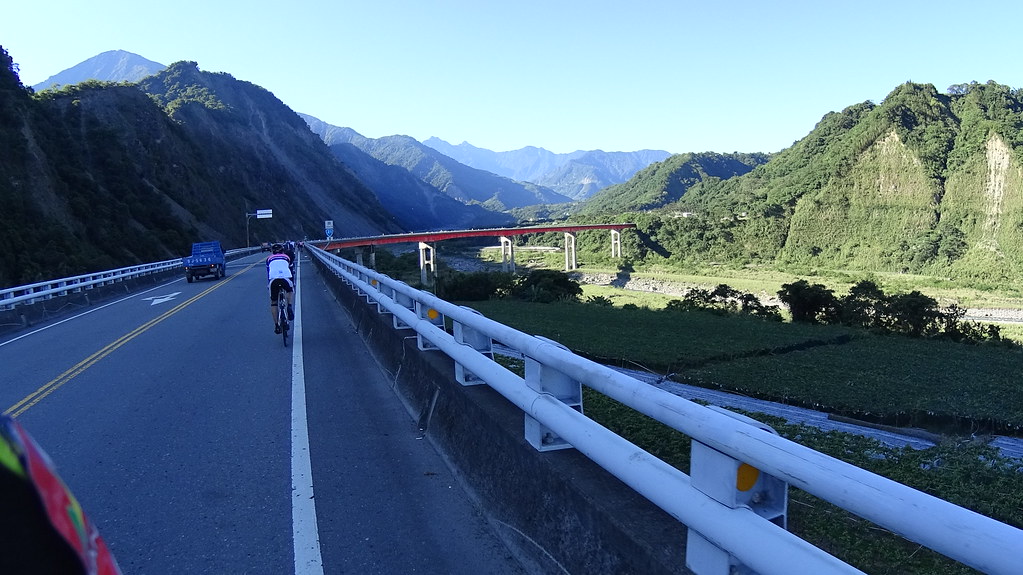 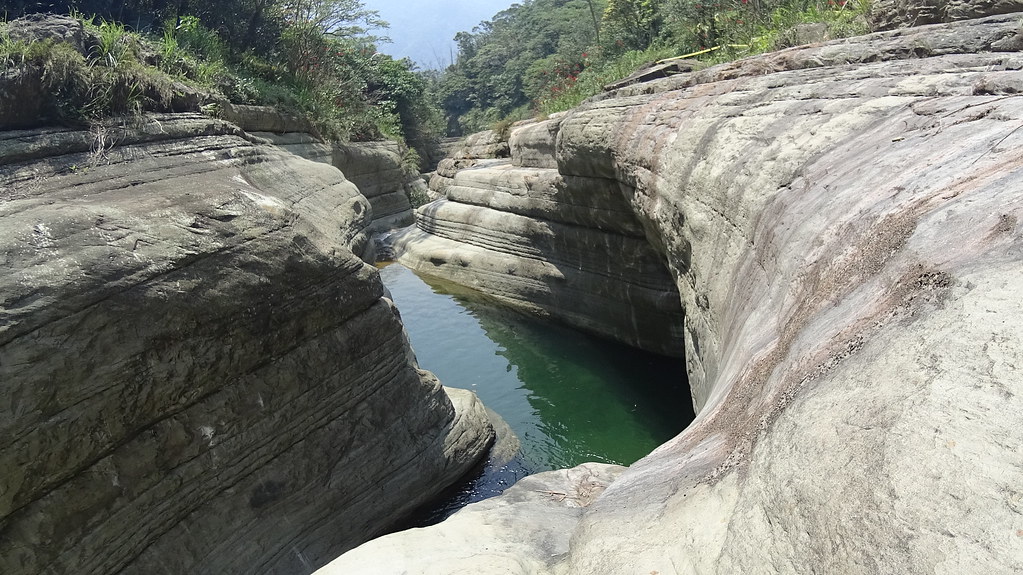 Gorge carved out from a rock riverbed at CaoLing.

Yet at the same time the sub-tropical location and Taiwan’s steep mountains makes weather a critical factor for cycling safely in Taiwan, with main hazards as:

Ignoring the weather and you can easily put yourself in unnecessary dangerous position. Here we will discuss many Taiwan’s weather phenomena and there implication to cycling. 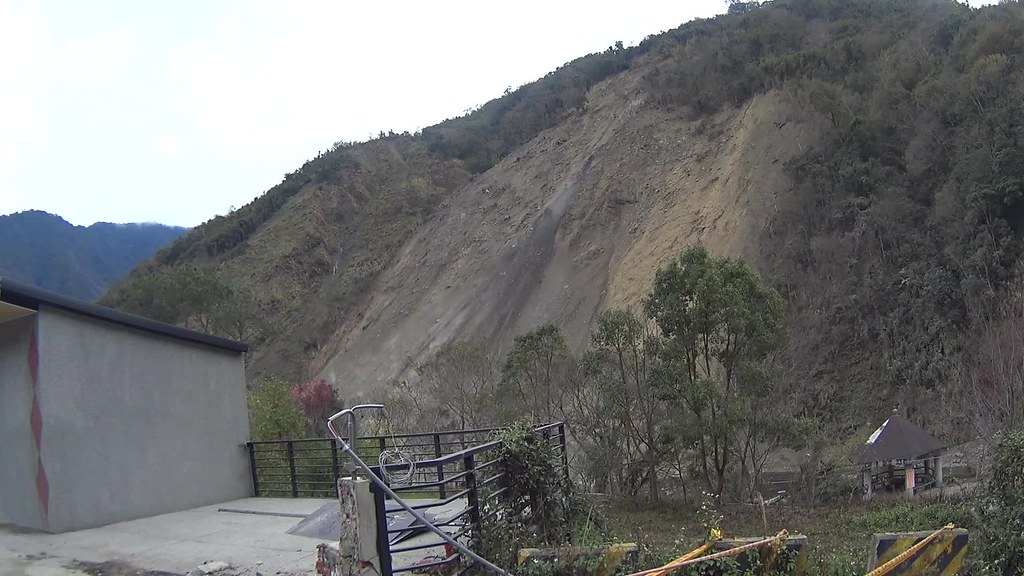 The firecracker-like sound in the video was from falling debris. Rock-slides and rocks on road sides is the biggest hazard of Taiwan’s weather to Cycling. From HsinChu Route 60. 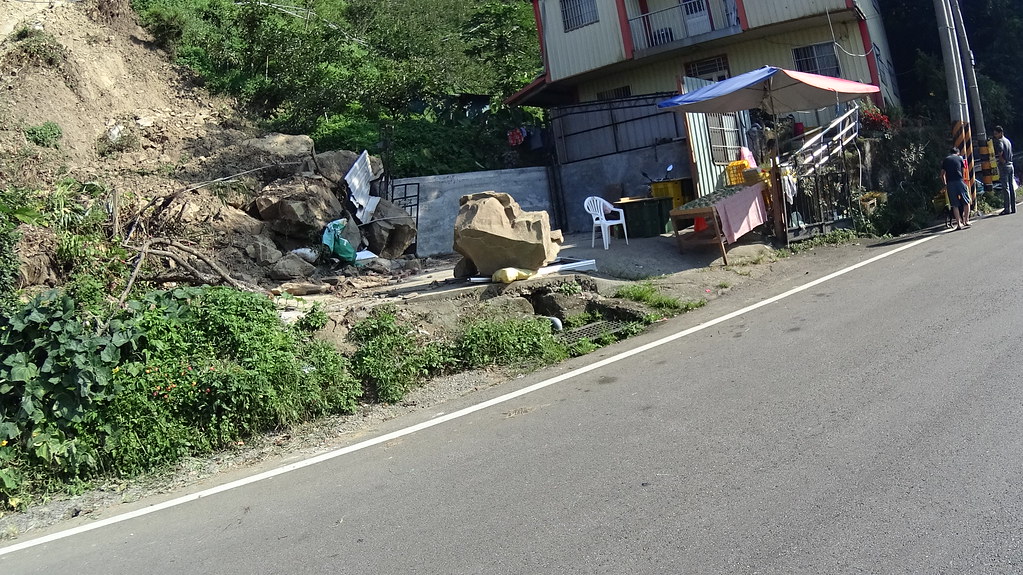 For sure you don’t want this kind of big rock right at the road side while you descend!

For the inpatient ones here are the three most important points of Taiwan’s Weather to Cycling:

Winter time is the best for Cycling in Taiwan 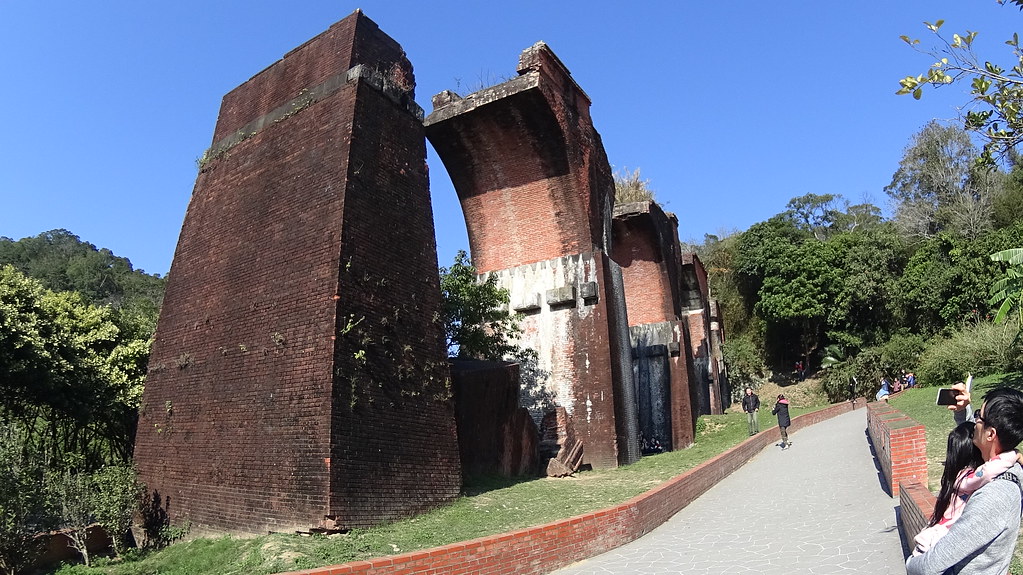 One of the best things about Taiwan’s Weather to Cycling is the winter time, for the following reasons:

Due to Taiwan’s very steep mountain terrain, almost every year during hard-raining season there will be rock-slides on some mountain roads, blocking the road and making cycling quite dangerous.

In winter time, the central and southern part of Taiwan is usually dry and won’t rain. Even in the northern part there would usually just be light rains. Thus at winter time Taiwan’s many mountain roads are quite safe to ride bicycles.

There’s one caution of Taiwan’s weather to cycling at northern Taiwan: near YangMingShan due to constant rains some back road’s sides might be slippery from lichen. You can easily avoid them by riding on the right road position. 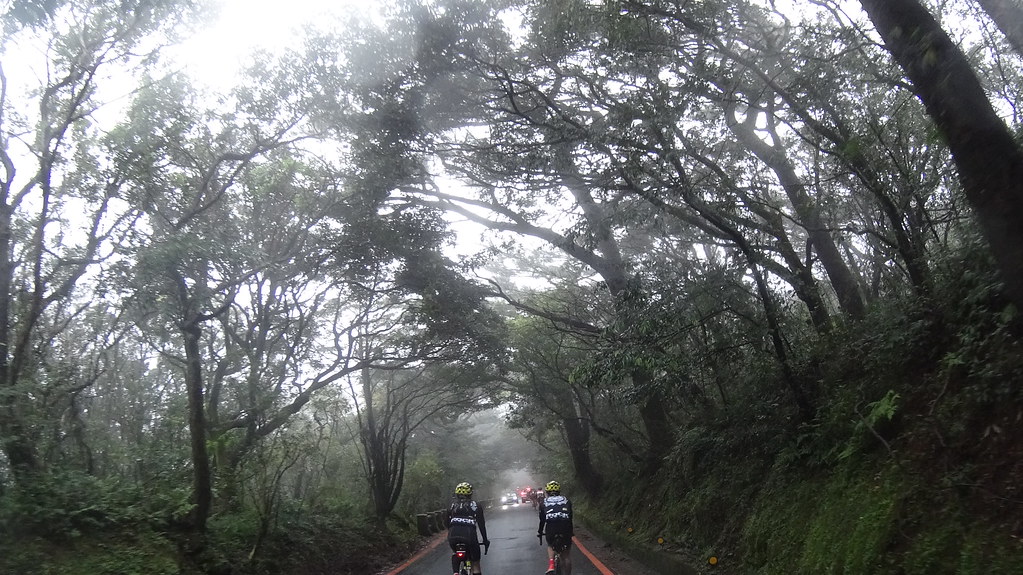 Back roads of YangMingShan could be slippery at road-side due to constant drizzling, a micro-climate effect of Taiwan’s weather to cycling.

In sub-tropical Taiwan, winter temperature falls into pleasant 10-20C region. Thus even in sea-level area cycling is pleasant. For mountains you just need to bring a light jacket.

WuLing is one exception: during winter there the temperature can drop to below 0 C and the road may have ice, thus not suitable for cycling. 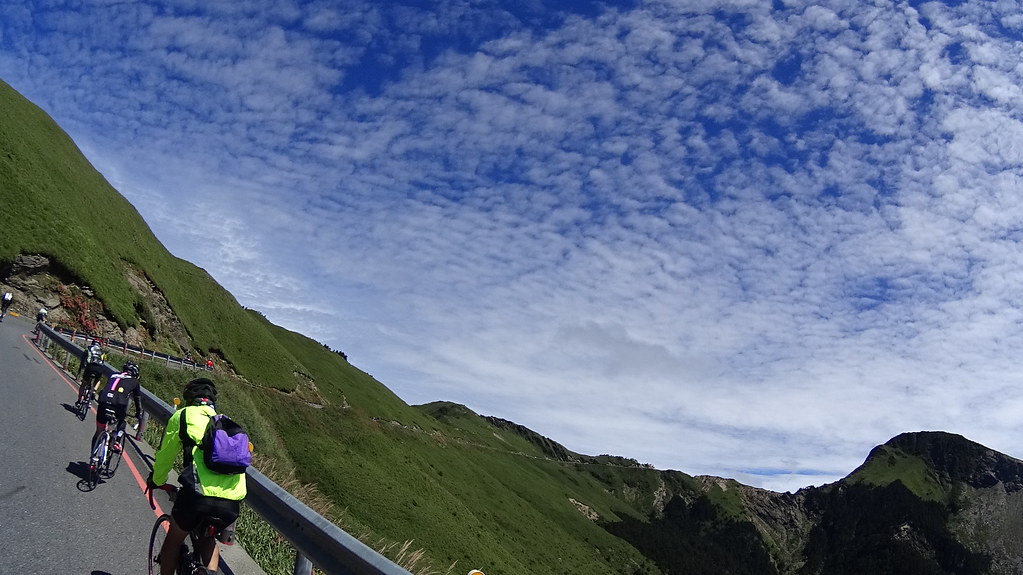 With elevation over 3000 meter, WuLing cannot be climbed during winter.

From April to June is Taiwan’s monsoon season. At that time the rain can be fierce and last for several weeks non-stop.

Combined with steep mountains, at this time there is very high probability that mountain roads that are above 100 meter will have problems like rock-slides or foundation washed away. 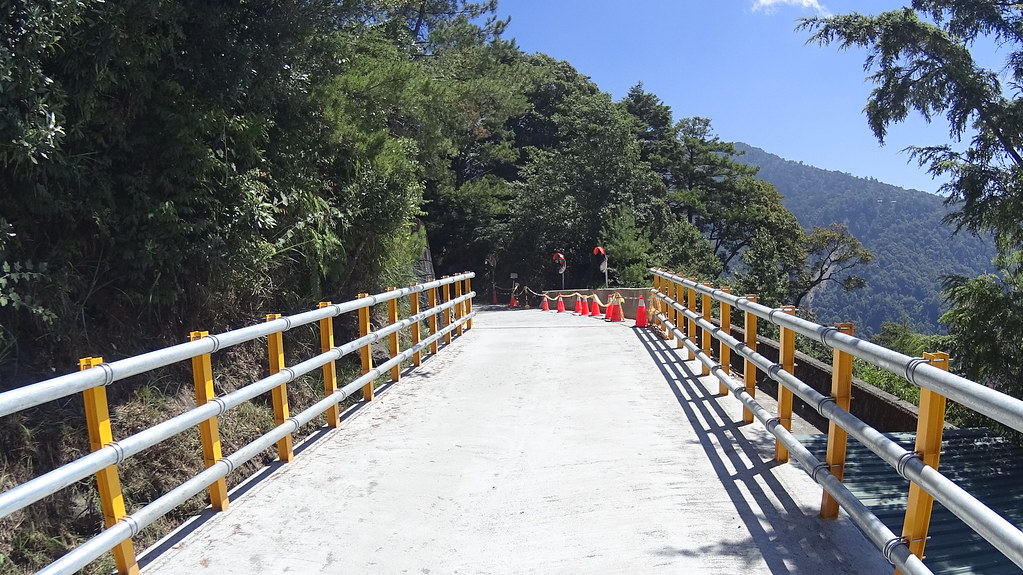 The same thing occurs when a typhoon hits during July to September.

This is the worst aspect of Taiwan’s Weather to Cycling (but hey, nothing is perfect). Thus during monsoon season, I recommend you don’t go to high mountain area (elevation over 1000 meter) at all. If a typhoon hits Taiwan during Summer time, I recommend don’t go to the high mountains within 3 weeks (for road repair to be done). 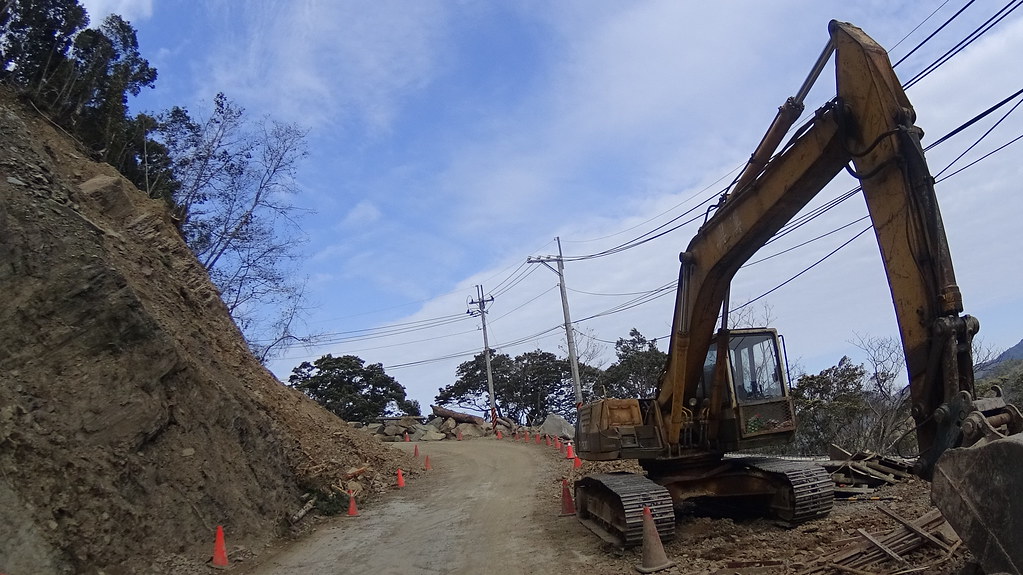 Even till winter sometimes at rural place the construction continues. You could expect that at monsoon season the road can be completely blocked.

Although Taiwan’s high mountain areas can have problems on the road, one big reward of going to these areas are the nice cool weather. We are talking about a difference between 36C degree (hell) to 20C degree (super awesome!). 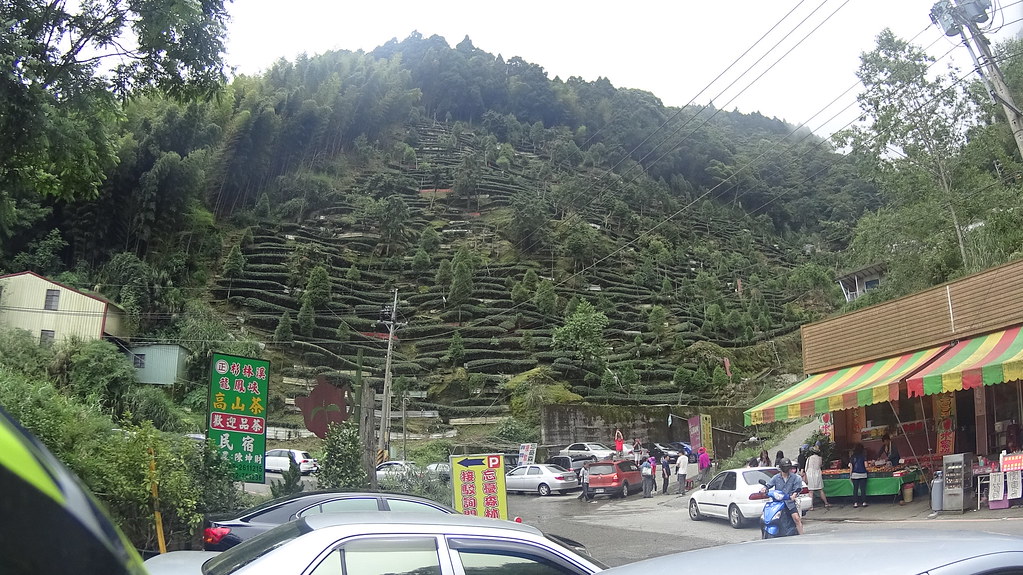 If you are like me and cannot resist the temptation of going to high mountains during Summer, follow these simple rules:

The more popular the roads are, the better chance problems got fixed quickly. Some of these popular mountain roads in central Taiwan are: 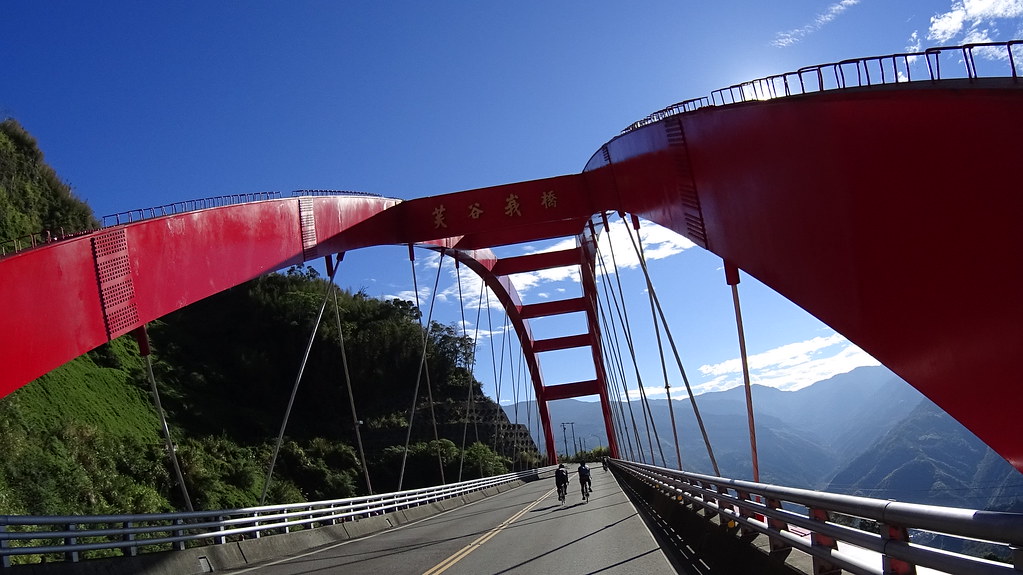 The big red bridge at State #18 toward AliShan.

Many popular mountain roads have, popular destinations like national forest recreation areas or national park visitor center. If you can read Chinese or have a friend who can help you, you can often check the road conditions on their websites.

For State Highway, there is a website that displays all ongoing road repair on every Taiwan’s State highway. It’s also in Chinese, so find a Taiwanese friend to help you read the information.

The reason is simple: the more budget allocated to the road, the quicker the problems got fixed.

Go early and get down before early afternoon