Last Friday we have the chance to join Malt Share (one of my favorite beer + restaurant shops)’s Anchor Brewery beer tasting. This tasting event had a lot of beer knowledge, so I thought it would be cool to share it. 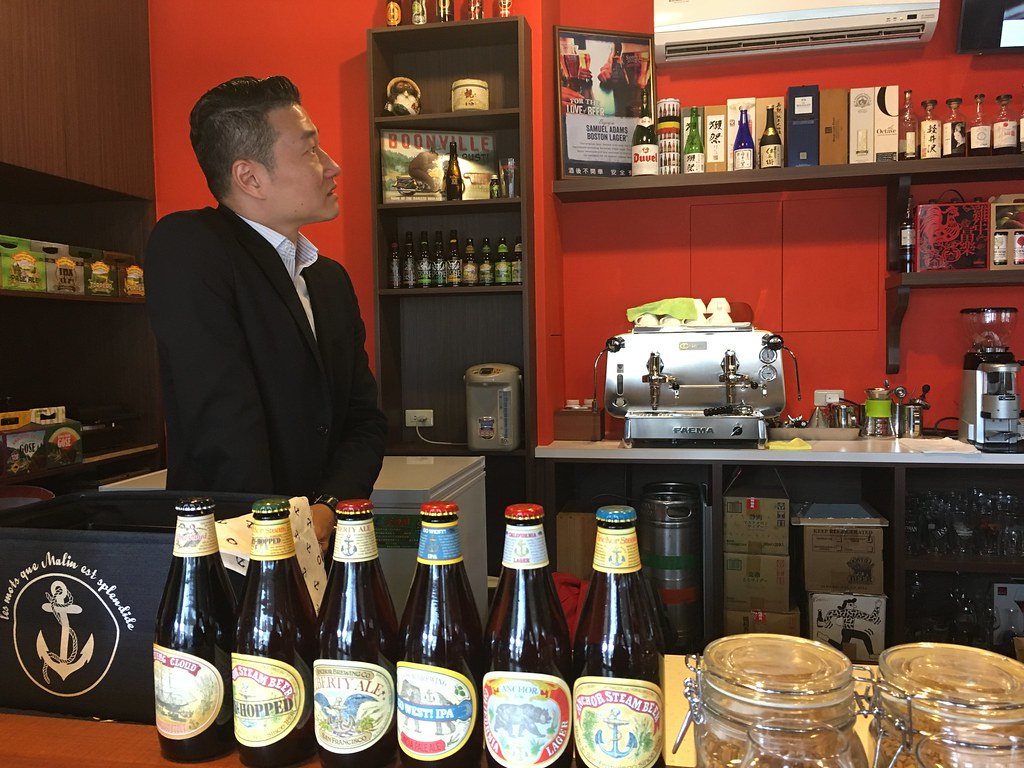 A unique thing in beer tasting events is to see these colorful labels/caps in front of you. 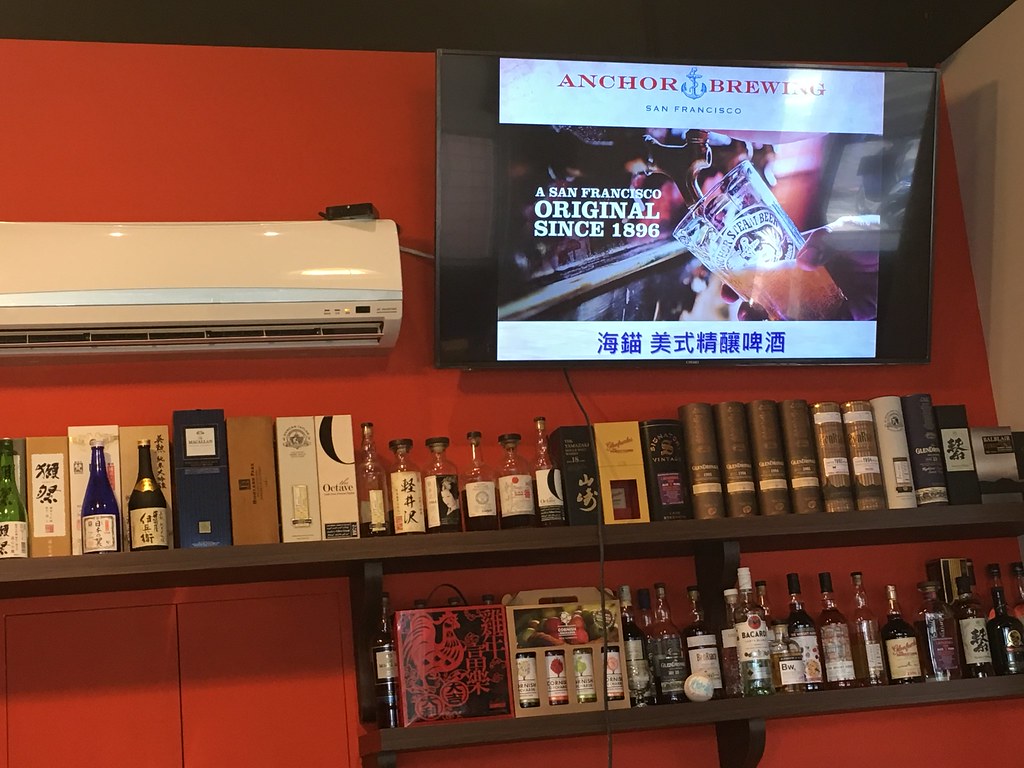 Notice the red box on the shelf. It’s Fuller’s Chicken Year (2017) gift box (will talk about it in later post).

A Beer is made by 4 things: water, malts, yeast and hops. Malts are germinated and dried grains (most widely used barley). Different drying temperature creates malts from light to chocolate dark. Brewers use and mix these malts to add different flavors to beers.

Below are malt samples from lightest to darkest. You can actually eat them. They all tastes like soda crackers, but darker ones have other flavors like caramel, chocolate and even coffee. 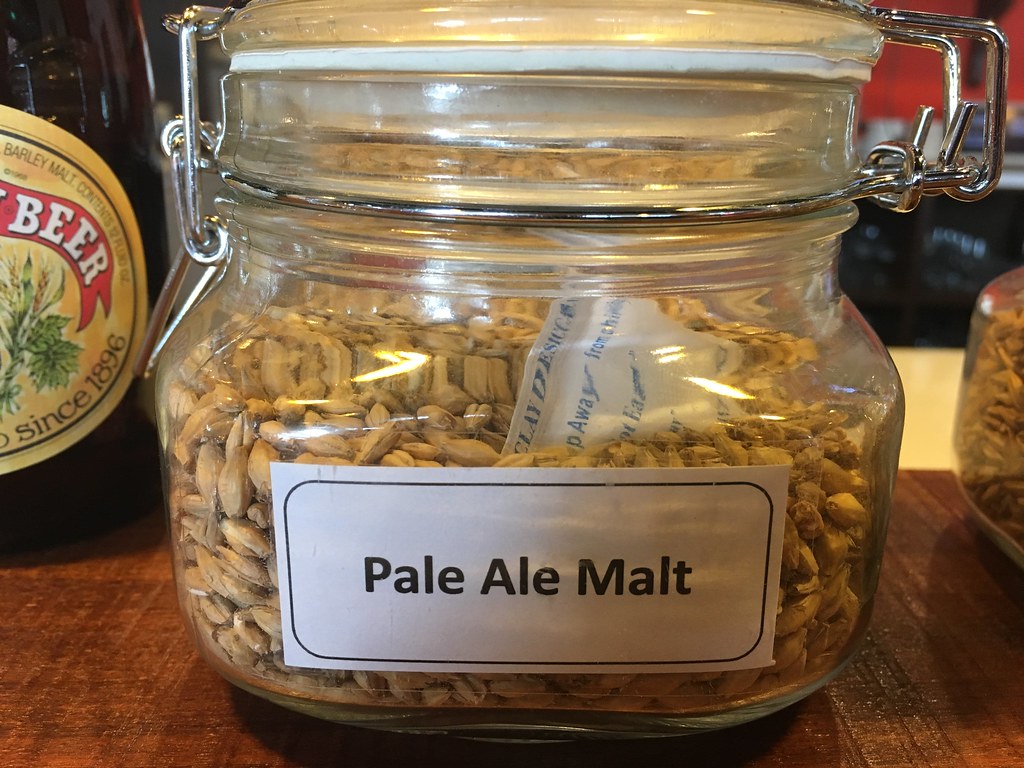 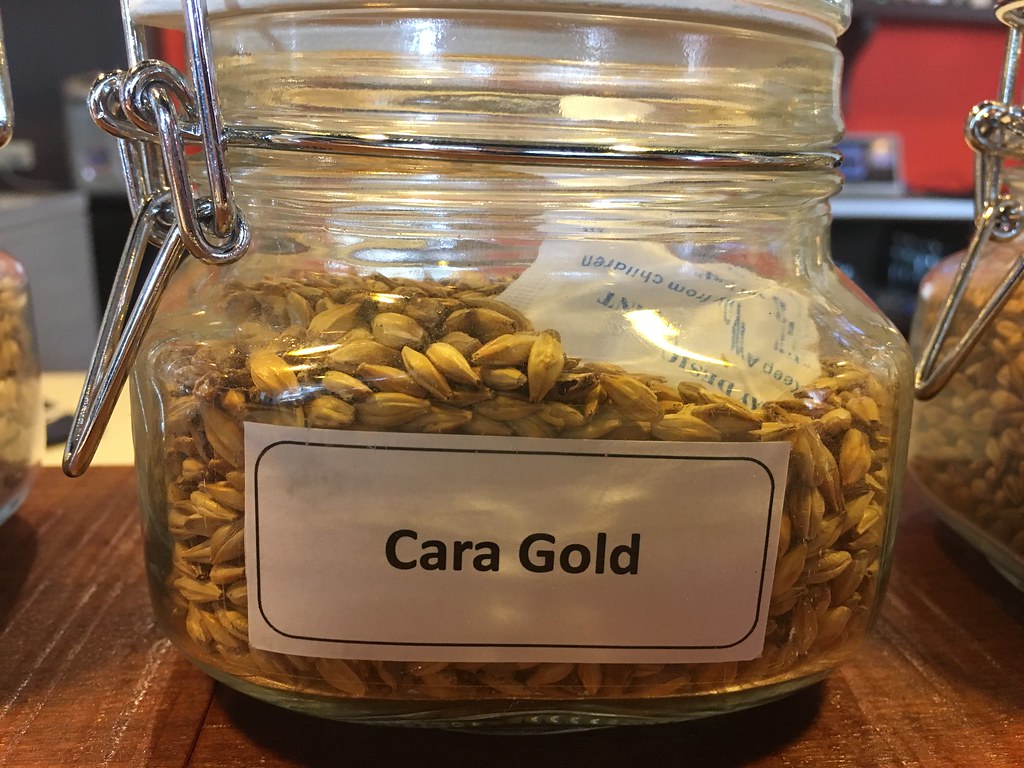 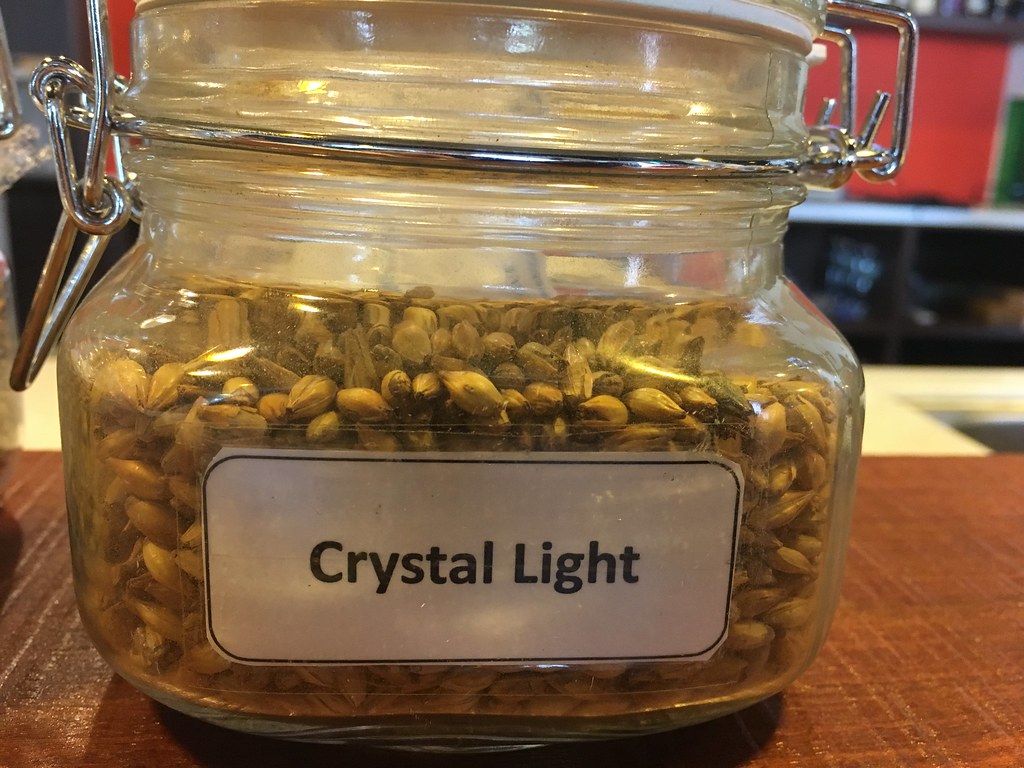 Crystal malts are less fermentable due to caramelization. Thus it adds sweetness to the beer. 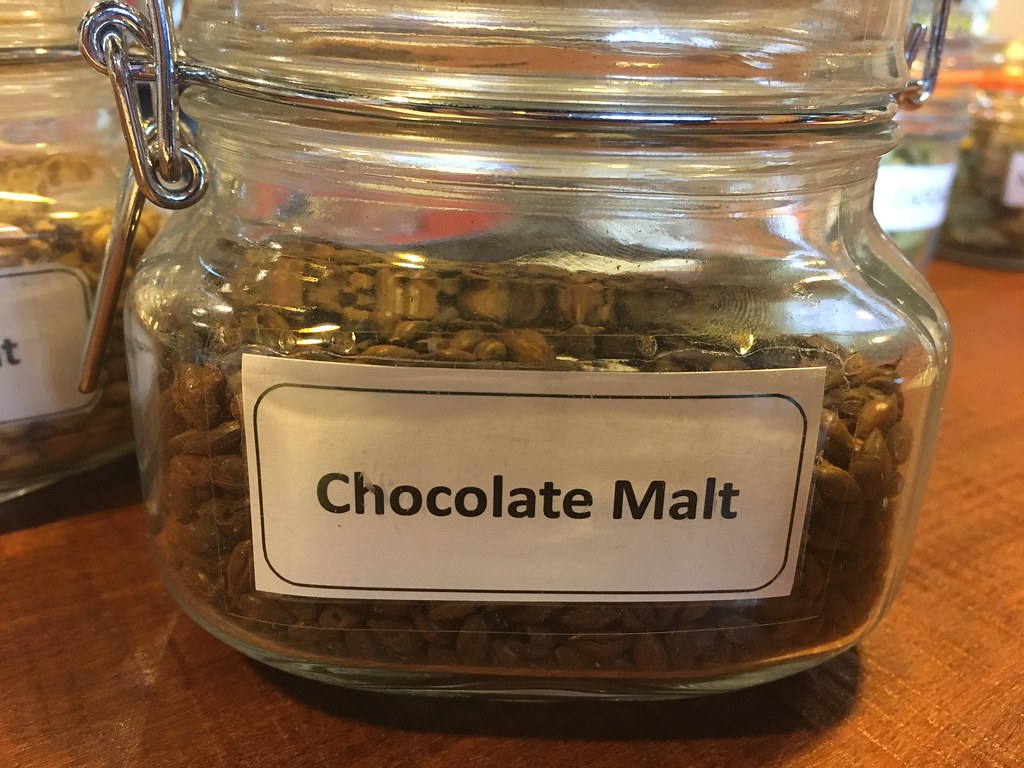 Chocolate malts are baked till they become brown like chocolate. They also have chocolate or coffee flavors. Used for dark beers like porter or stout.

A nice thing of having a brewery’s representative at the tasting event is you can learn things not found on the brewery’s website. Here are some of these:

If you see a RED bear/elephant at the INNER side of the cap instead of a black one, contact the brewery (or its regional representative) immediately and they will send you to their San Francisco headquarter. Everything is free, including the plane ticket. Chance of winning is 1 in 10,000.

The meaning of the Elephant 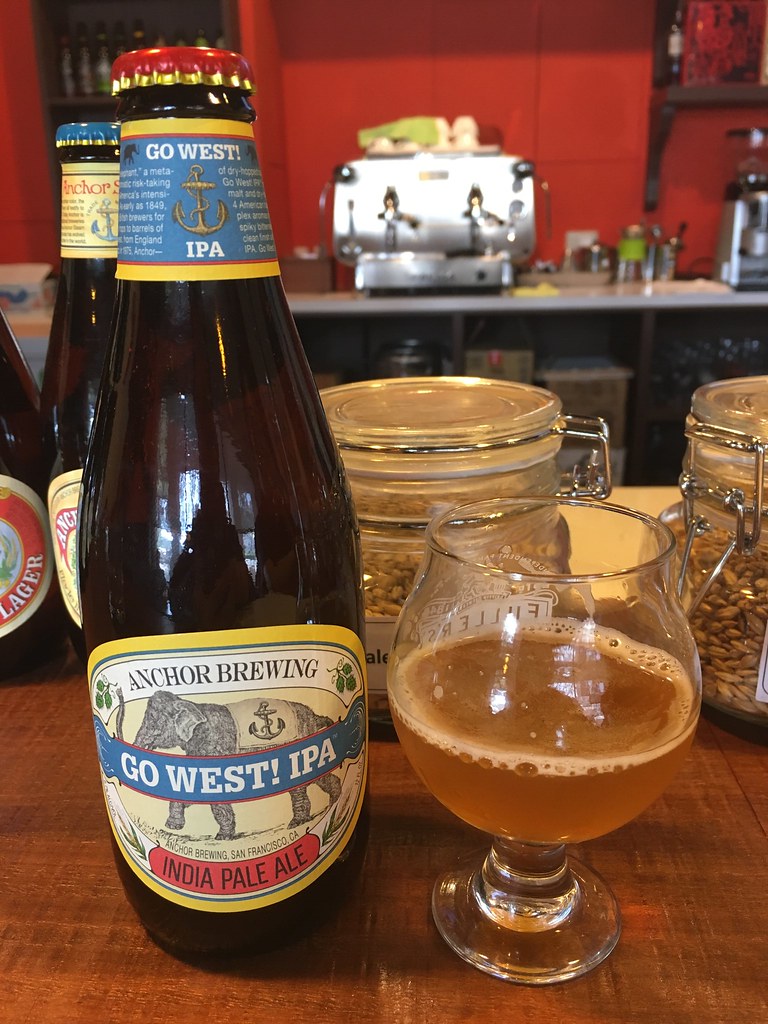 The elephant on the Go West! IPA.

The elephant came from that during the late Gold Rush many elephants were imported to help the mining activities. As people couldn’t find gold anymore and returned home, they joked about themselves that they “Go West to see the elephants”. 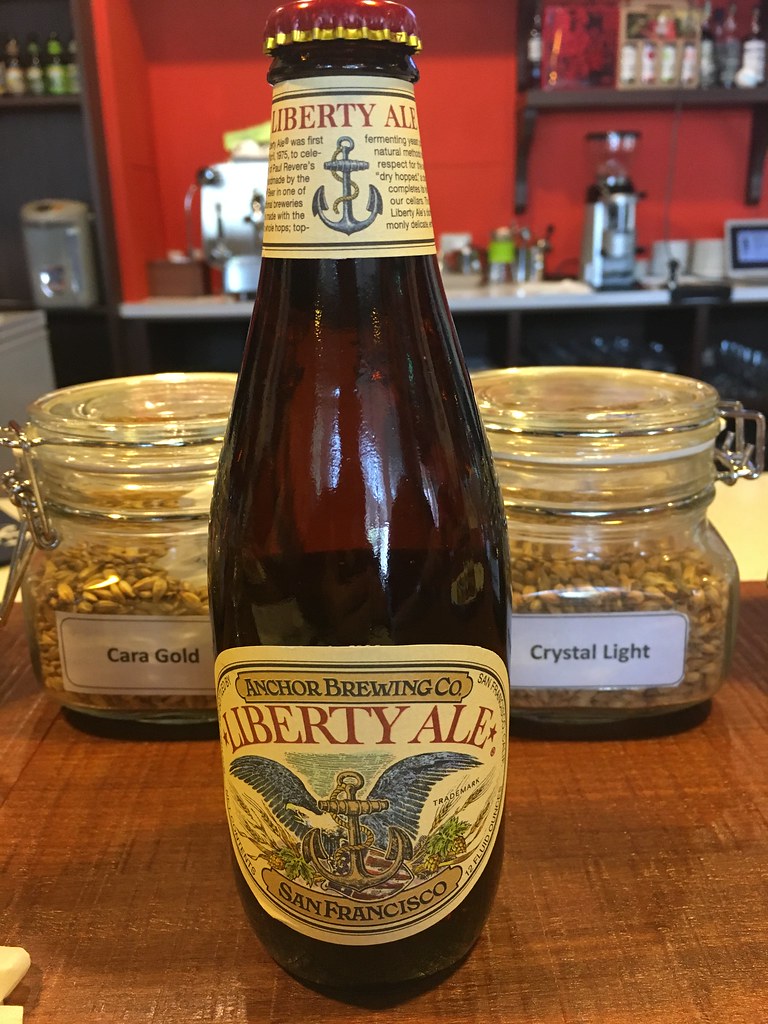 Anchor’s Liberty Ale was actually born from a failed attempt to create Anchor’s first IPA. Because Anchor insisted on using whole dried hops rather than pellets, the beer was not bitter enough even when large amount of hops were added.

During the tasting event we had the chance to taste two Anchor’s new products: 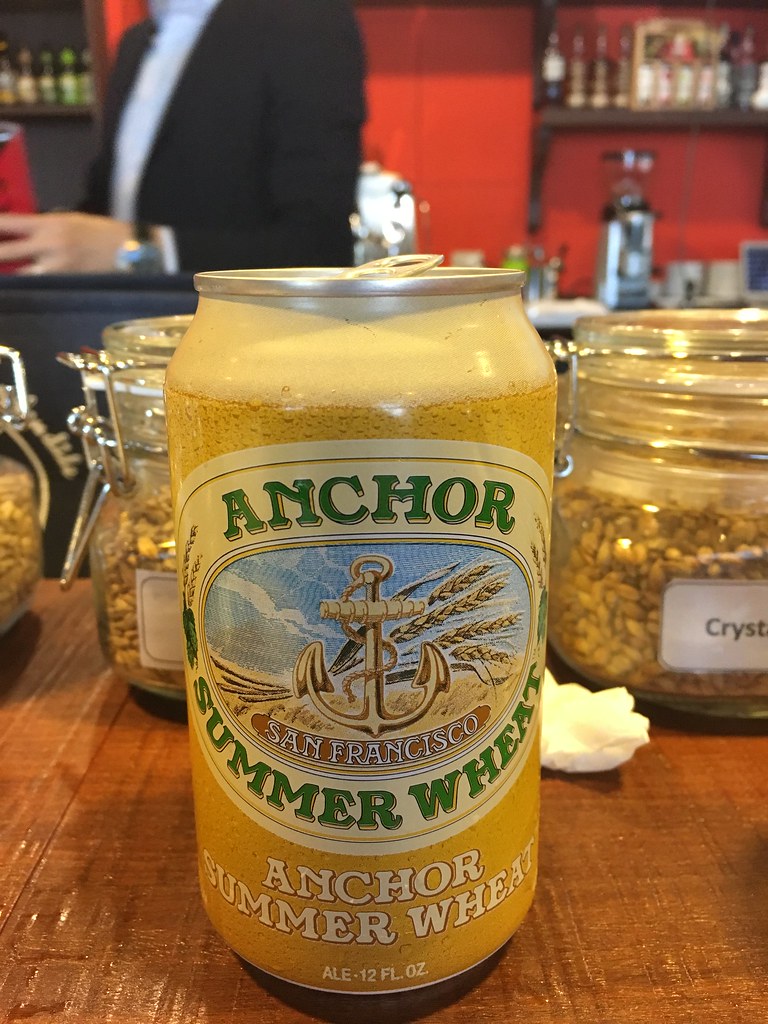 Anchor Summer Wheat is a great wheat beer for events. Compared to other wheat beers it is very smooth and less acid. 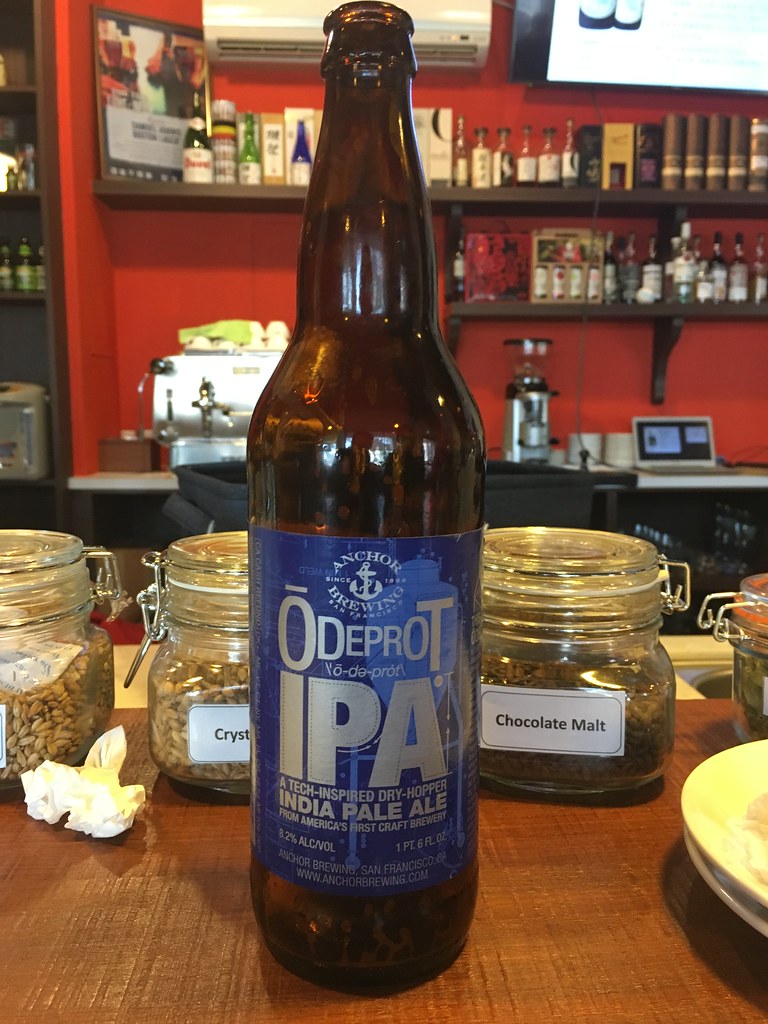 Not sure what “tech-inspired” means, but this is a classic IPA to drink. Decent, no-lingering bitterness with strong citrus scent.