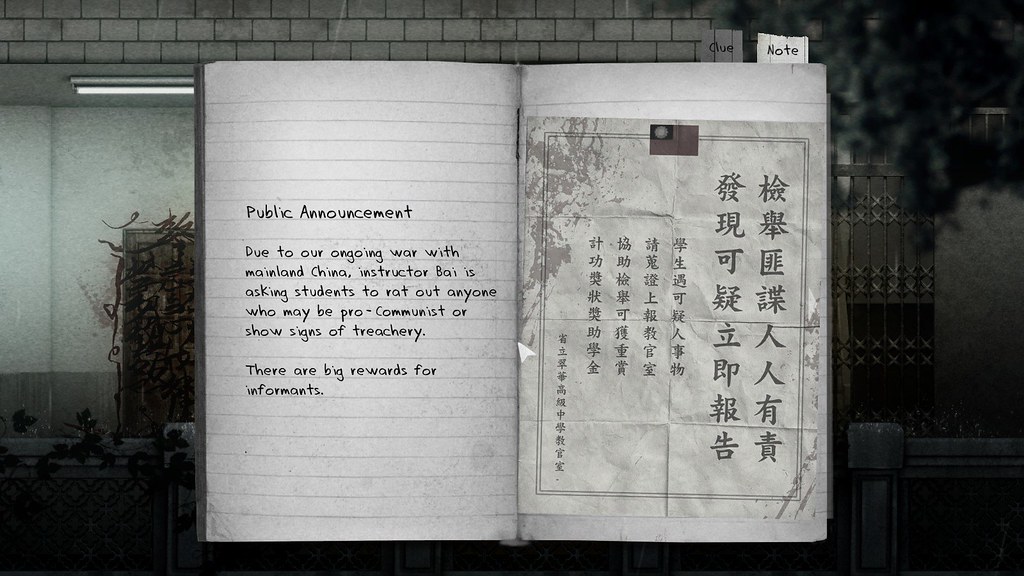 Unlike many Chinese culture-theme games depicting ancient — typically 1000 years ago — events and praising how great Chinese culture is, Detention took on the dark side of Taiwan’s history and folk beliefs often despised by scholars and authorities. 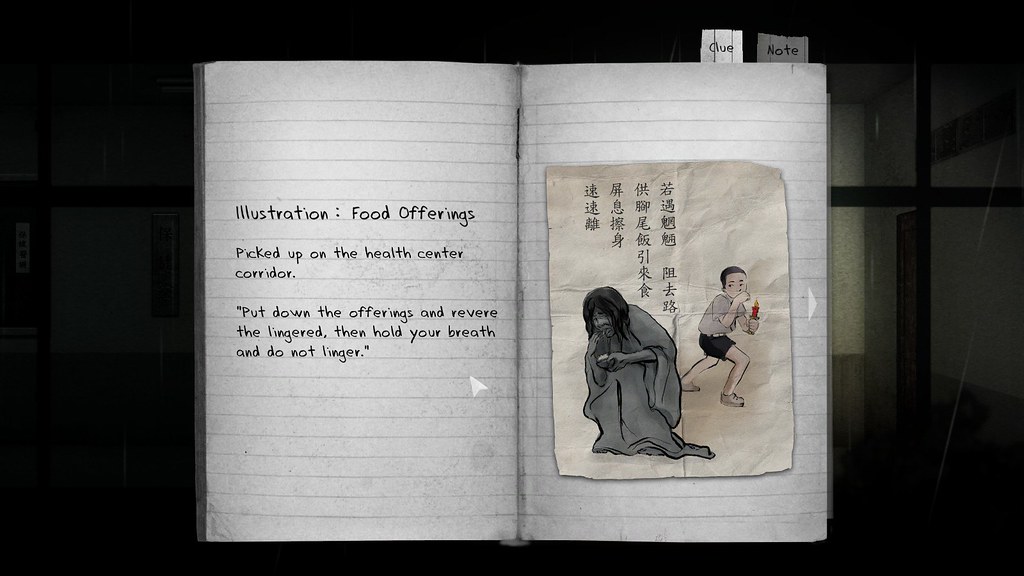 One of Taiwanese’s folk belief: offering a ghost with rice bowl to escape its harassment.

In this review we will focus on the cultural/visual elements of Detention. 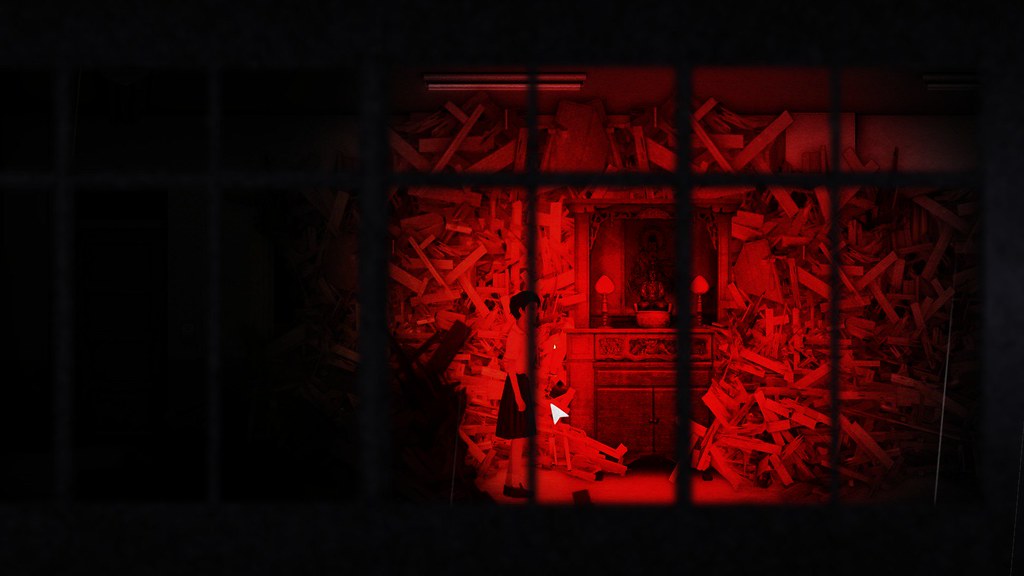 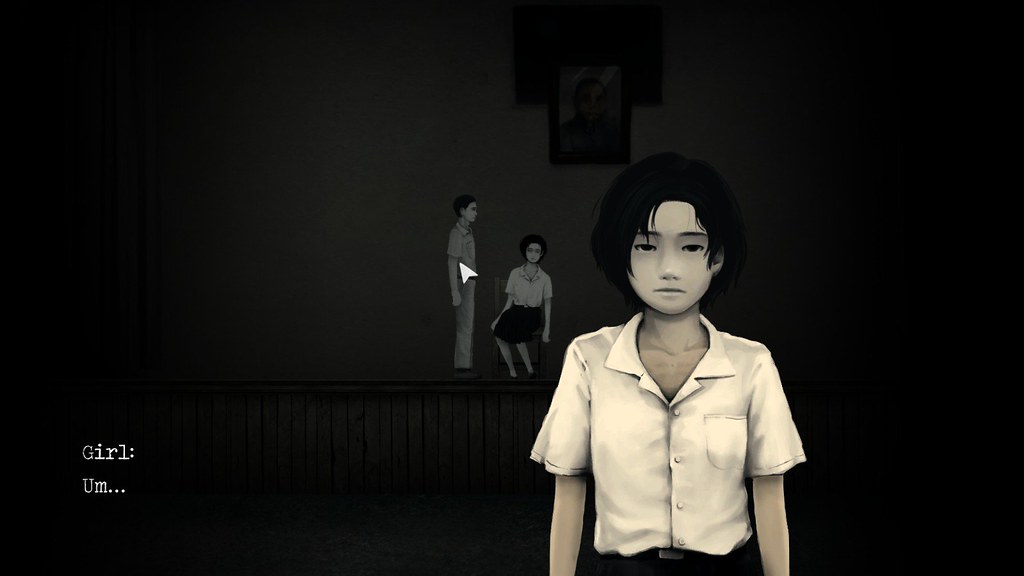 Of the game’s four chapters, the first two are of the traditional survival horror game type, with Ray going around the school solving puzzles and avoiding ghosts by clues. 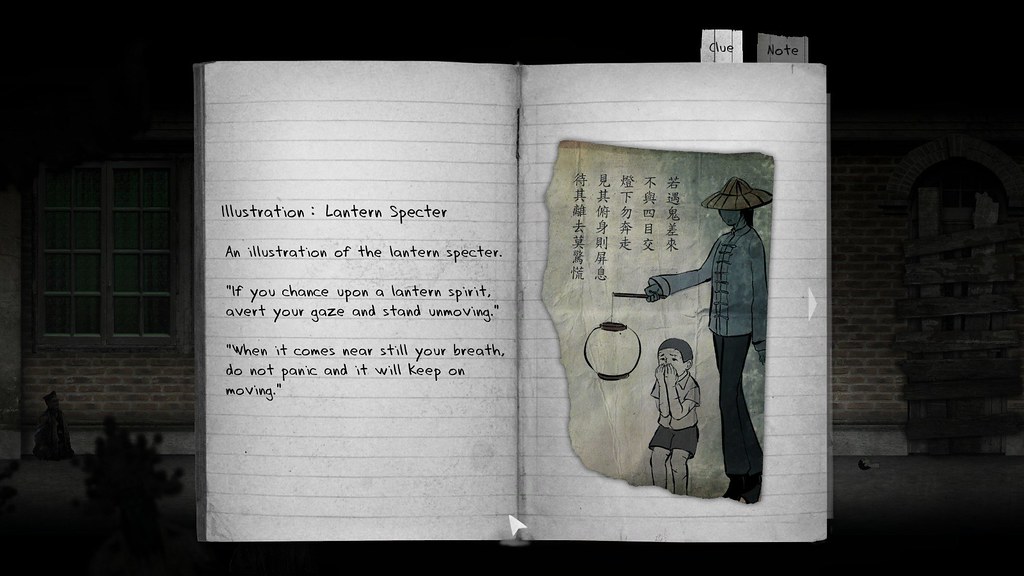 Clues to face the Lantern Specter. 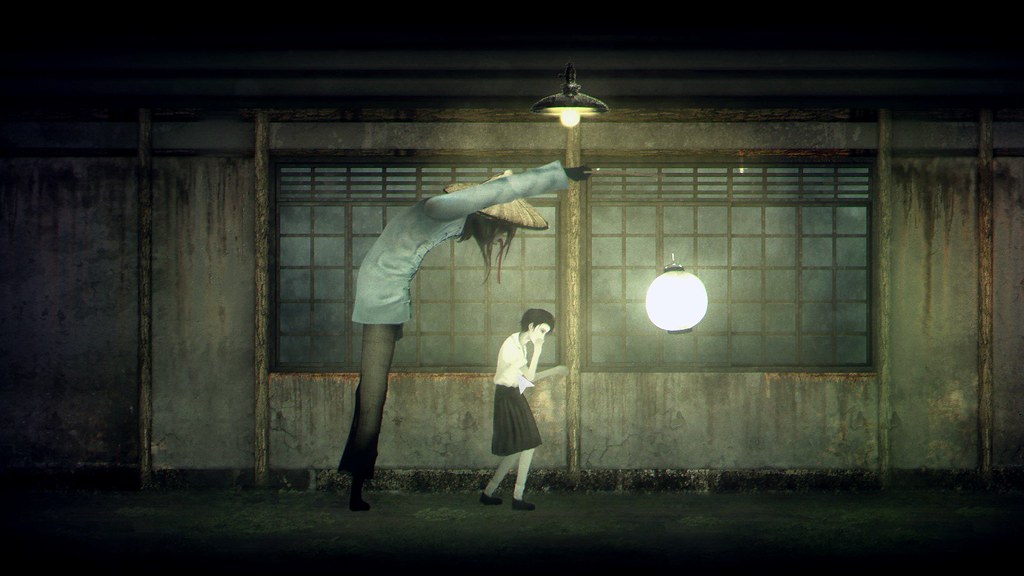 Facing a Lantern Specter in the game.

As the story progresses, the last two chapters slowly reveal Ray’s story, and how the White Terror, forbidden love and folk beliefs mingled together. The ending depends on how the player characterizes Ray’s life. 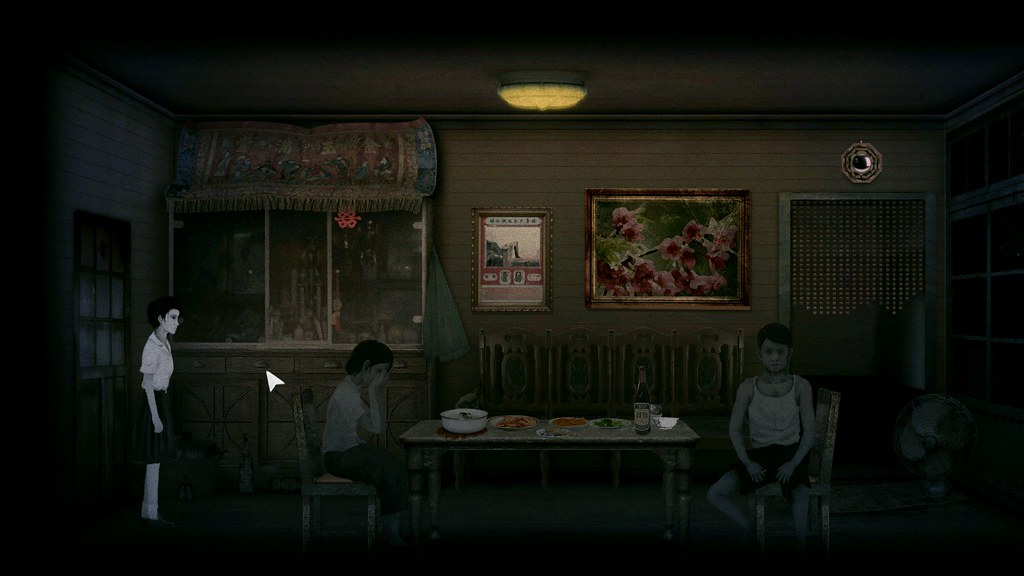 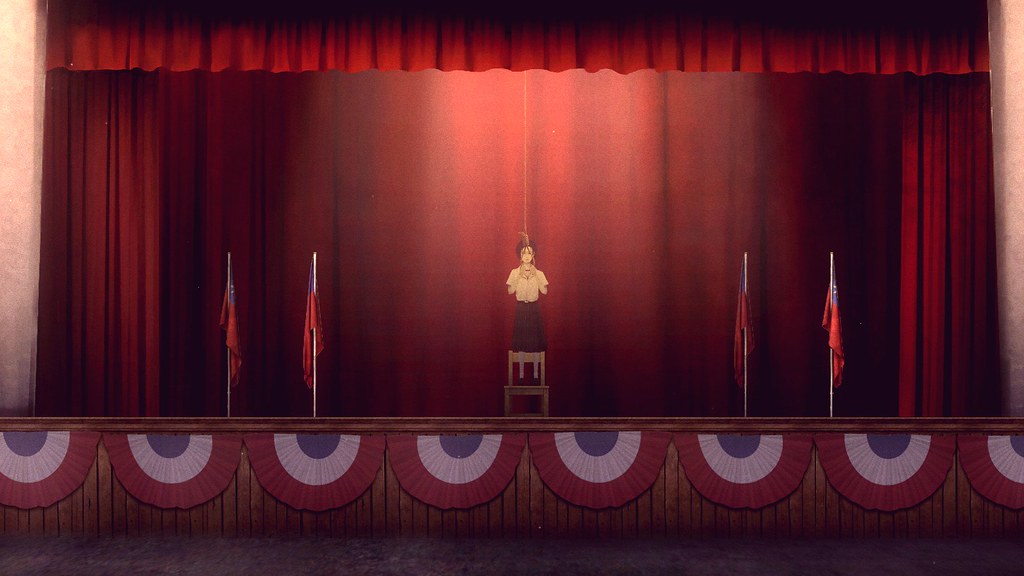 An honor suicide? Find out in the game.

One of Detention’s unique elements is its display of Taiwan’s cultural elements in 1960s, and how it seamlessly fuses all elements together. 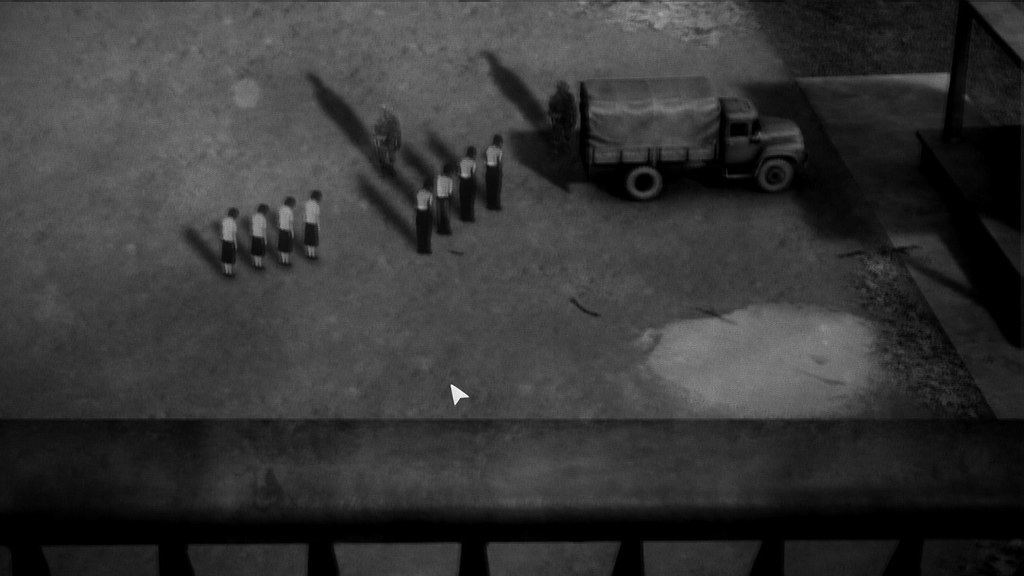 Sketch of people taken away by military during the White Terror. 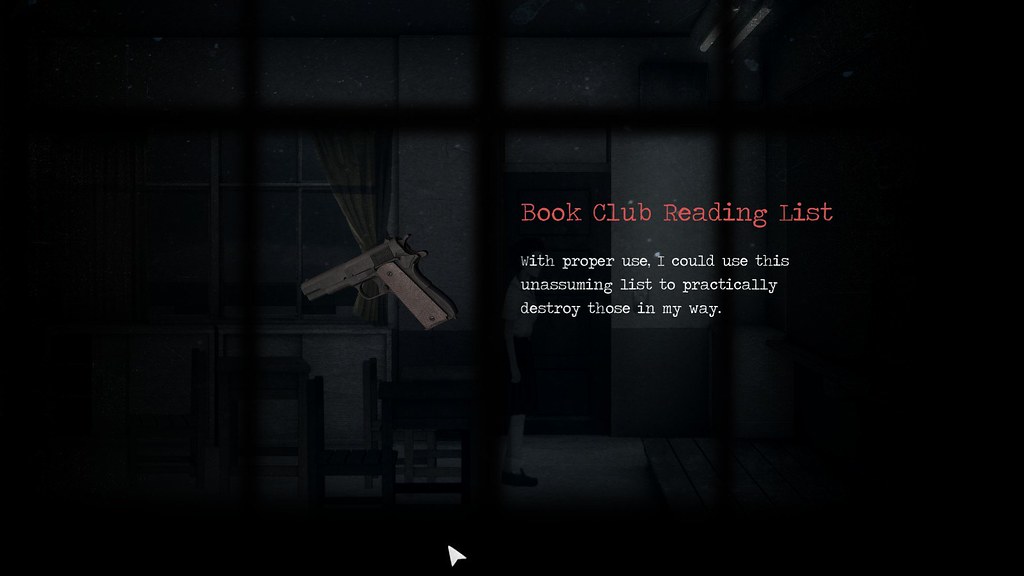 During the White Terror, even reading forbidden books are enough for people to be executed, hence the symbolic gun representation. 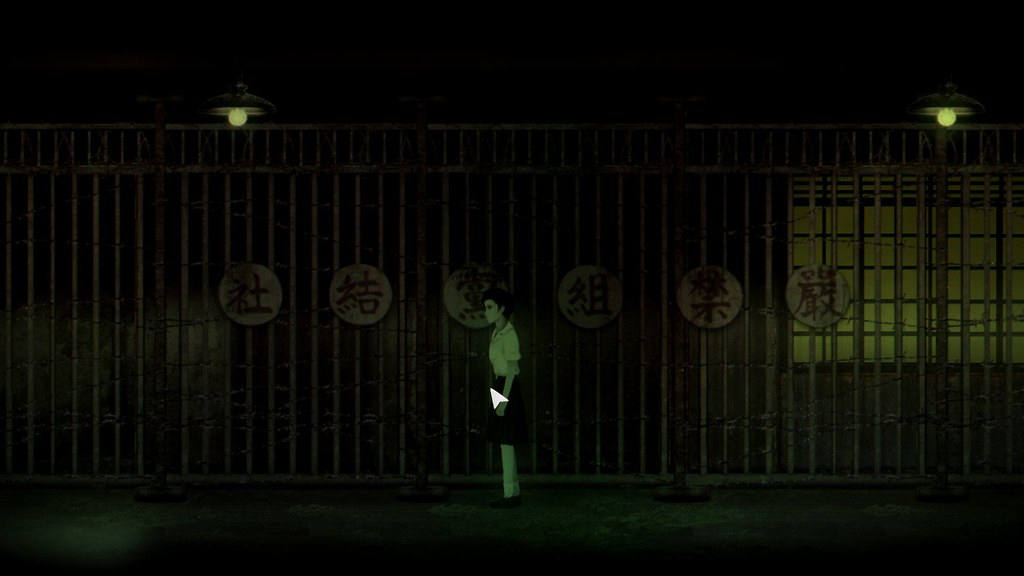 The barred and wired classrooms represents no academic freedom during the White Terror. The six words say “Forming parties and organizations are strictly forbidden.” 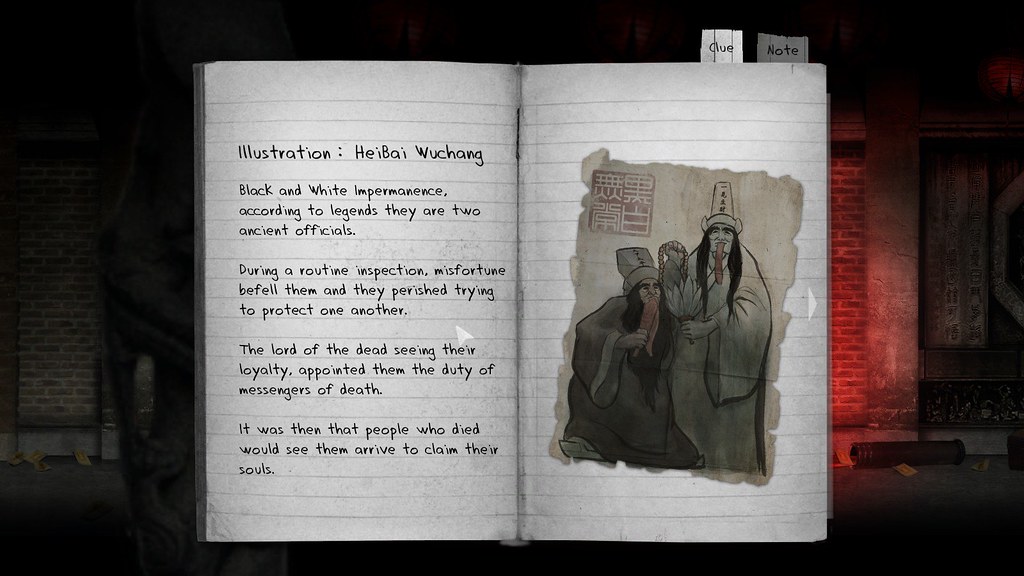 HeiBai WuChang (黑白無常), a pair of white and black ghost who appear and lead the newly dead. 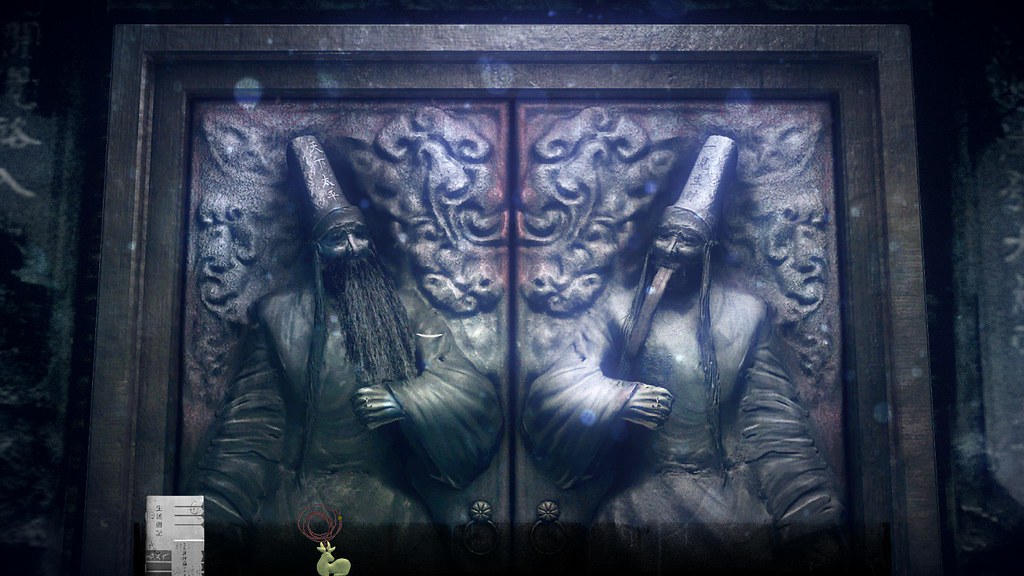 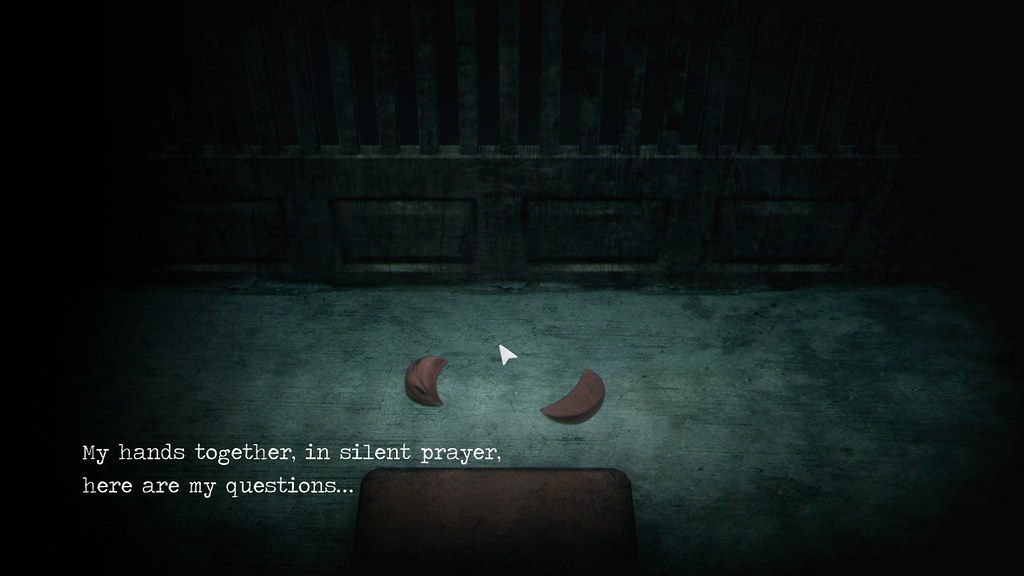 Poe divination (擲筊), a way to ask deity questions. Hold the wooden piece together, ask the question, and throw them to the floor. One up one down means approval. Two ups means indetermination (“answered with a smile”). Two down means disapproval. 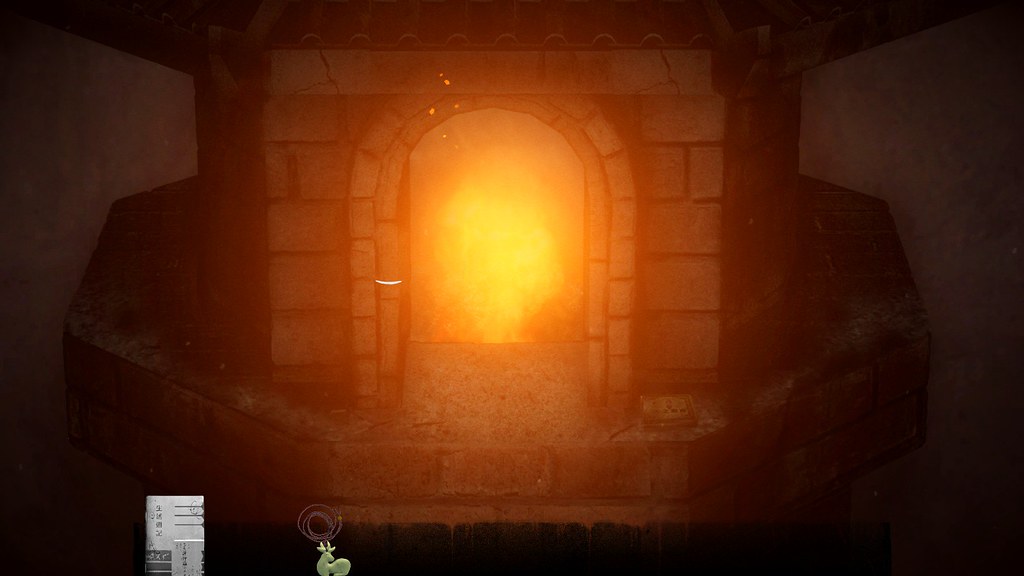 A Joss Paper Burning furnace. Traditionally people burn joss paper so the dead has money to use. 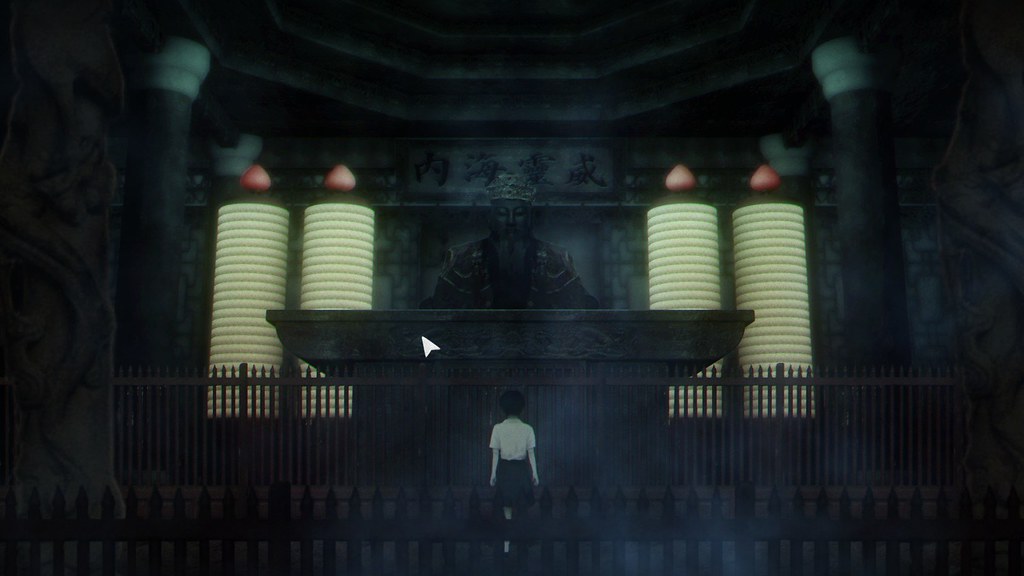 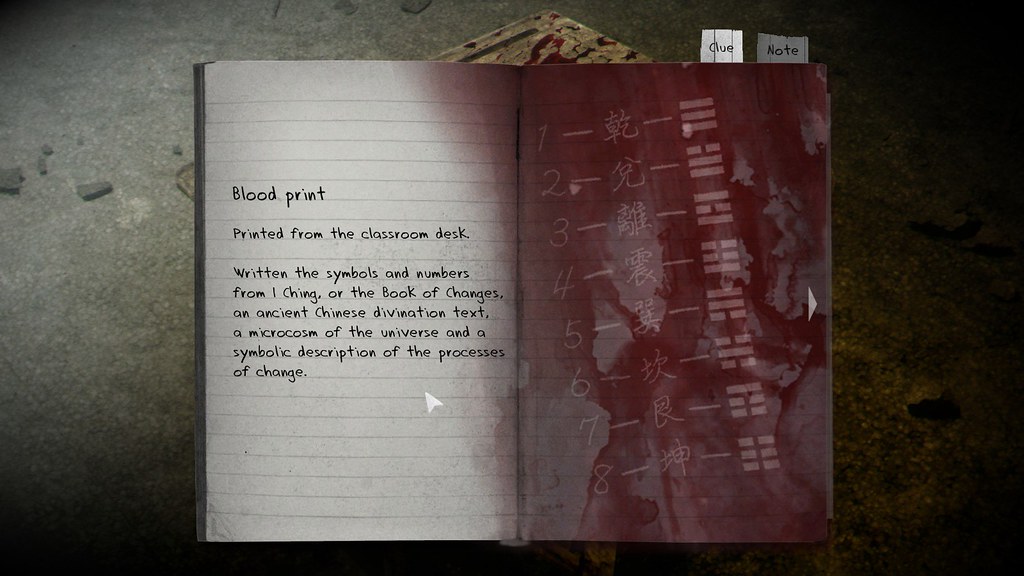 The BaGua numbers used extensively for many aspects of Chinese culture.

As Detention was set at 1960s Taiwan, it also contains many 1960 social culture. Many of them can still be seen in rural parts of Taiwan. 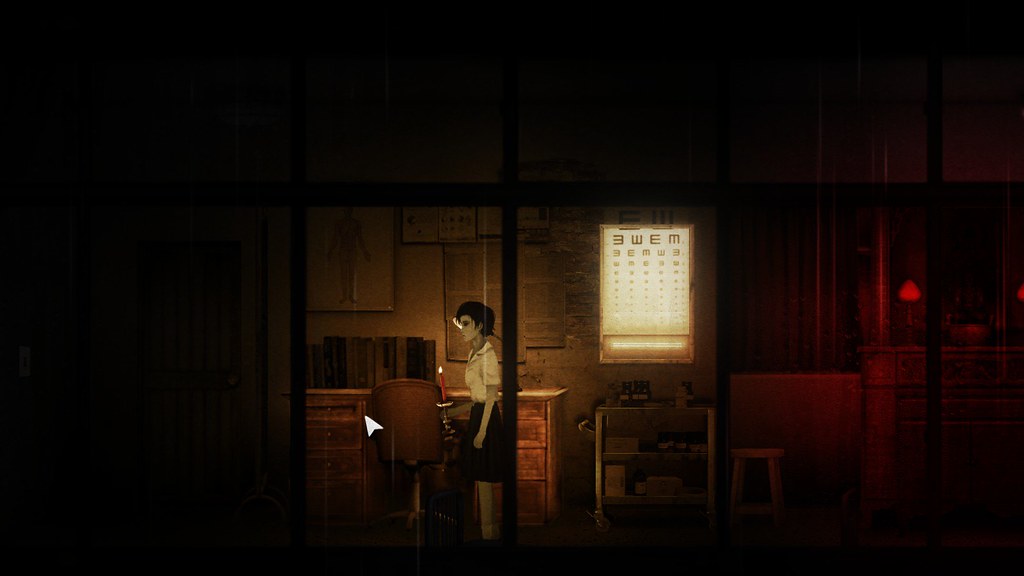 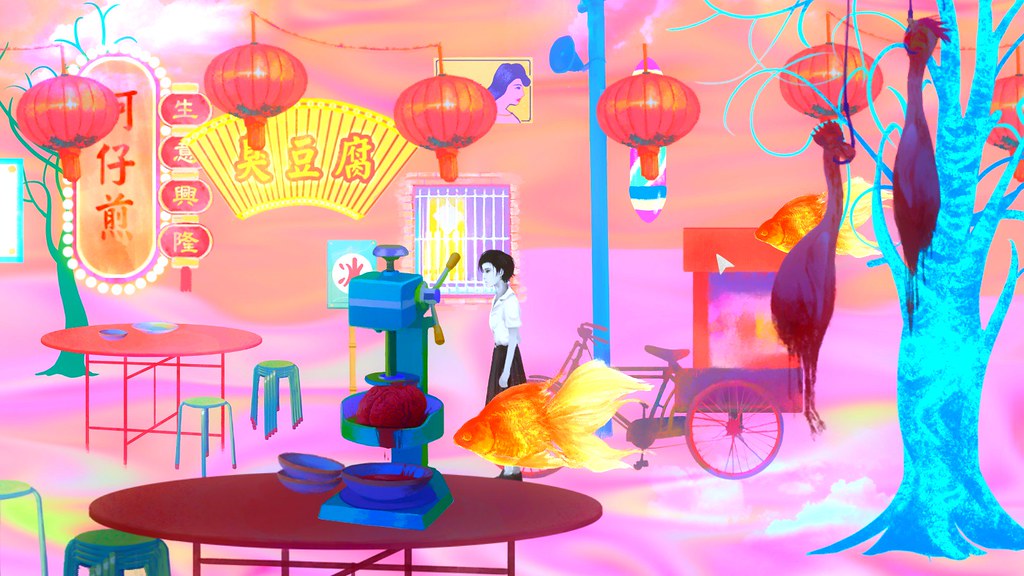 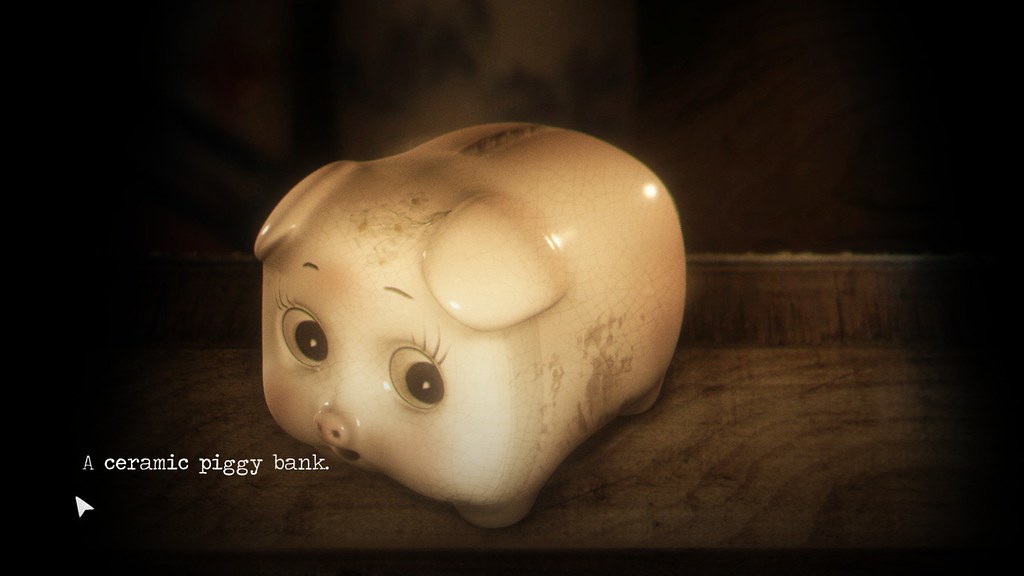 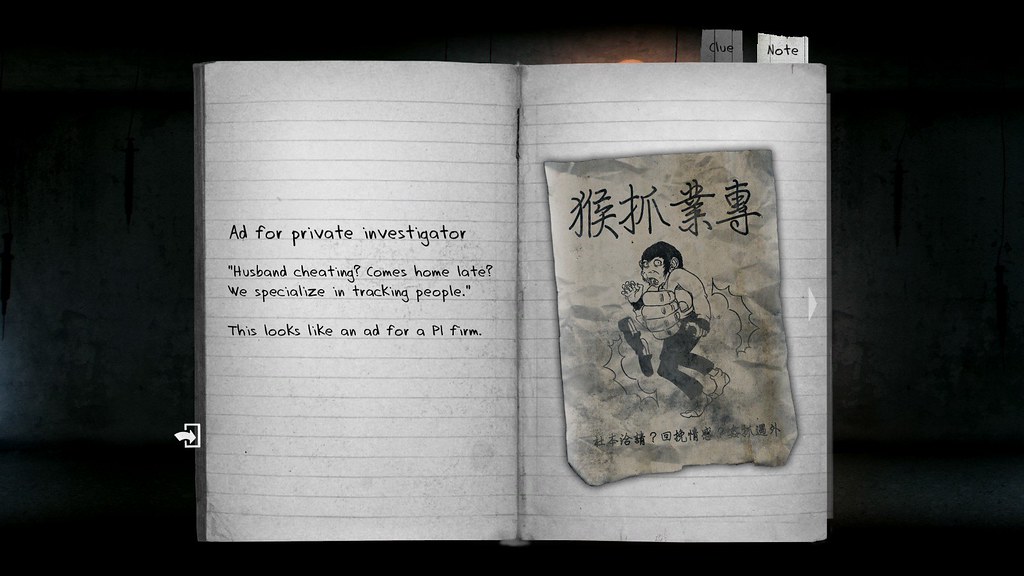 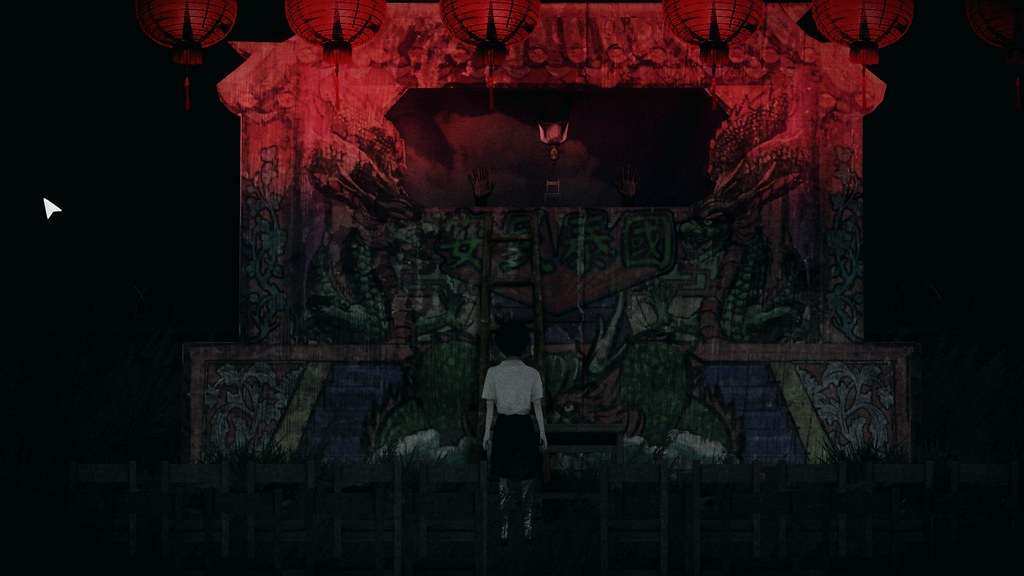 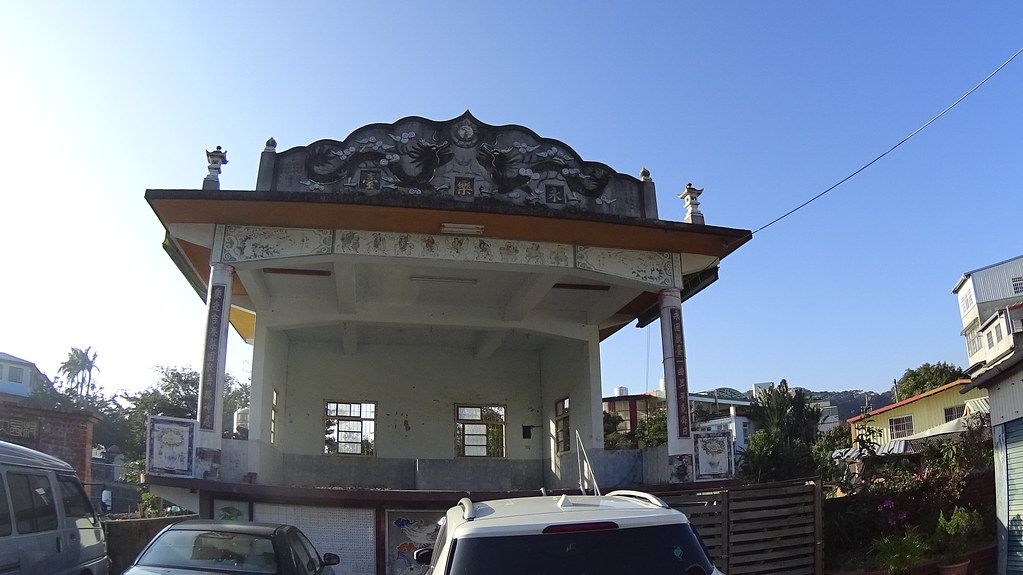 For those who have had enough heroic Chinese culture games and movies, I highly recommend Detention to take a glimpse of the shadows behind the glamour, the scars hidden behind Taiwan’s high economic growth past.

Link to Detention on Steam Store